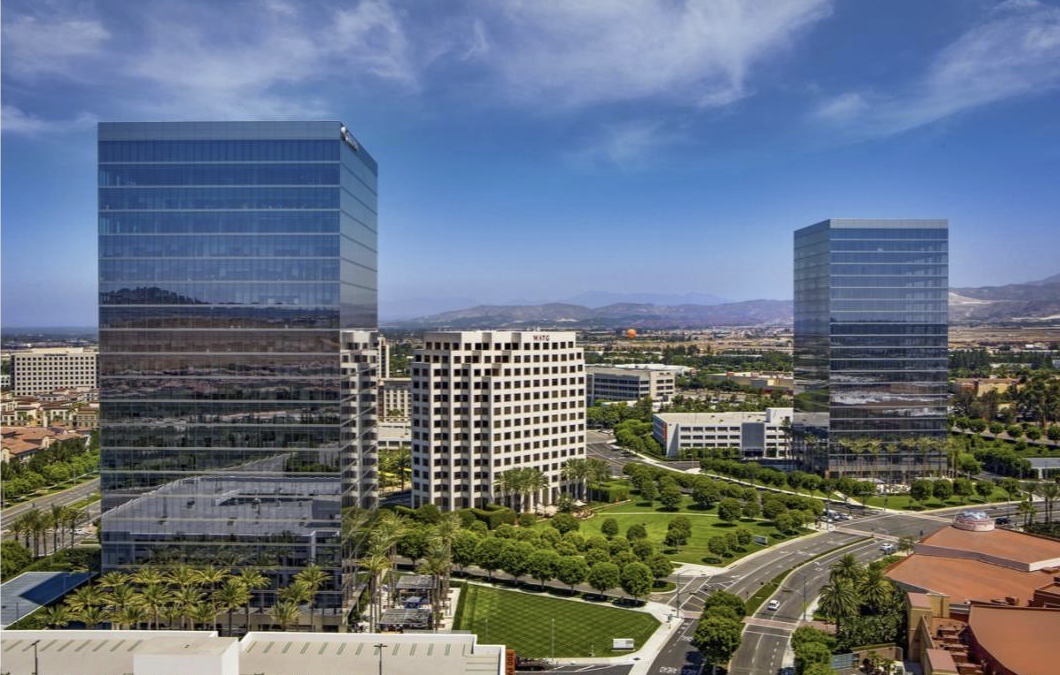 Both towers were designed by architect Pei Cobb Freed who also designed the US Bank tower in Los Angeles and the Goldman Sachs skyscraper in New York City. The buildings were inspired by leading businesses like Google and Facebook who have built lavish campuses in fairly empty areas in attempt to attract top talent. As a result, each tower features floor to ceiling windows, 360 degree views, outdoor patios, an on-site bistro, and a fitness center. Former vice president, Steve Case, described the grandeur of the property: “if you look outside the windows… you really get a feel as you walk around the building what the Spectrum is all about. It’s not only a beautiful place, it’s also one of the most desirable business communities really in the region.”

Orange County’s high-rise buildings, however, reflect a larger trend. Tall buildings are currently under construction or proposed in Hollywood, Century City, Koreatown, and Downtown Los Angeles. The reason behind this is that high tech companies, which tend to prefer large, low-rise complexes, are being drawn to buildings that not only help recruit and retain talent, but that drive innovation and align with their brand and culture. Irvine’s twin towers are just that. They provide a vibrant workplace community which helps businesses flourish. Furthermore, the location allows employees to work, live, eat and seek entertainment. When it comes to growth, it’s all about building a network. The Irvine Company helps facilitate this by providing a complimentary shuttle service from 400 Spectrum Center to the Marriott Irvine Spectrum and Marriott Courtyard so that visiting clients can easily meet with their respective companies.

Why is Irvine So Green?