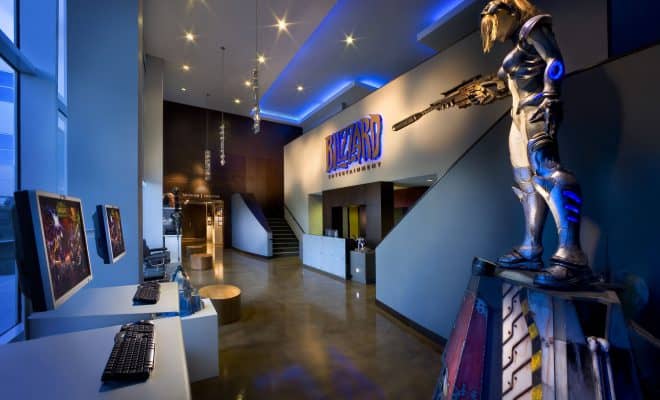 More than 2.2 billion people worldwide play video games, contributing to a $152 billion-a-year industry. Competition is fierce, but Irvine holds an advantage by being home to more than 900 high-tech businesses, including some of the biggest names in the gaming industry.

Blizzard Entertainment, Amazon Game Studios, Ready At Dawn Studios, and Obsidian Entertainment are amongst some of the top game developers that are based in Irvine. Ru Weerasuriya, co-founder of Ready At Dawn, headquartered at UCI Research Park explains how “the growing companies want to be where the larger, more established companies are, and that’s here in Southern California.”

Universities are also paying attention to the gaming market because of the skills that overlap with the high-tech industry. Jon Rettinger, president of TechnoBuffalo, a consumer electronics portal with 22 million viewers, explains that gaming “lends itself to coding, to software developing, to game engineering, and to artificial intelligence.” As a result, UC Irvine opened a 3,500 square-foot arena in 2016 dedicated to multiplayer competitions known as Esports. The goal of Esports is to create a pipeline that attracts talent and keeps it in Irvine.

Weerasuriya believes that being in Irvine allows his team to “recruit from all over the world and offer prospective employees an amazing place to work and live.” Rettinger adds, “if you think about it, Irvine has the headquarters to arguably the biggest gaming company in the world, and a university that’s preparing students for this new career. That raises the prestige level of the city.” As major cities compete to attract video game makers, Irvine will be able to use its foundation to excel further in knowledge, growth, and economic development.