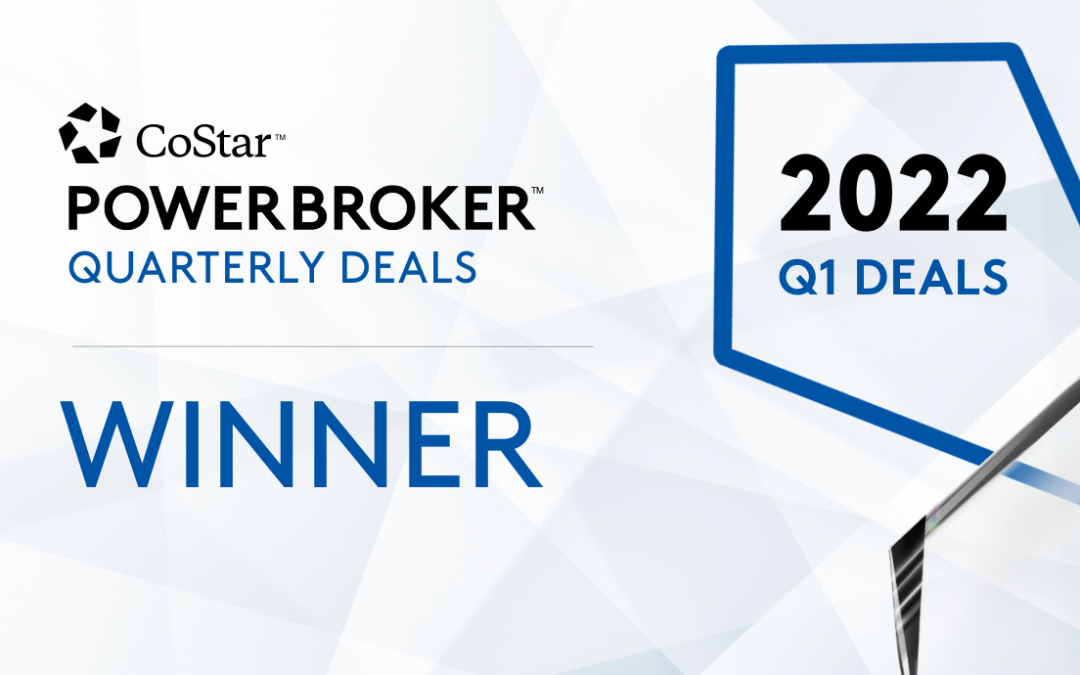 As big ticket items involving sizable investments, commercial property transactions often have a wider impact within the community. CoStar will recognize the largest leases completed each quarter and the dealmakers who made them happen in their respective markets.

Here are the Phoenix industrial leases selected as the first quarter 2022 winners of the CoStar Power Broker Quarterly Deal Awards:

Deal Commentary: Amazon, the e-commerce giant headquartered out of Seattle and founded in 1994 by billionaire Jeff Bezos, inked a new lease for a 1.19 million-square-foot industrial facility off East Elliot Road. Amazon will move in mid-second quarter.

Deal Commentary: Tempur Sealy, one of the world’s largest bedding manufacturer and providers specializing in mattresses, pillows and relaxation products, signed a new lease for over 550,000 square feet at the building off West Van Buren Street in the Tolleson submarket.

Deal Commentary: Wesco is an international electrical maintenance, repair and services company based out of Pittsburgh and founded in 1922. Wesco signed a new lease for 409,000 square feet in the building off West Roosevelt Street in the Tolleson submarket. The company is slated to move in early third quarter 2022.

Deal Commentary: Sweet Water signed a new five-year lease for a industrial space totaling a little under 350,000 square feet. The company is moving into the 303 Logistics building in the Glendale submarket off West Glendale Avenue. The company is expected to move in mid-third quarter 2022.

Deal Commentary: Meyer Burger is a international mechanical engineering company headquartered in Switzerland that focuses on the development and production of solar cells and their use in solar modules. The company signed a new lease for 276,700 square feet in the Goodyear submarket. The company moved in February 2022.

Deal Commentary: Dedicated Delivery Professionals is a freight delivery company that specializes in developing and implementing door-to-door product distribution for customers and retailers. DDP signed a 10-year lease for over 244,000 square feet in at the industrial building at West Watkins Street in the Buckeye submarket. The company moved in March 2022.

Deal Commentary: PepsiCo, an American international food giant headquartered out of New York known for Pepsi, Gatorade and Lay’s potato chips, signed a 10-year lease for over 238,000 square feet the Glendale submarket. The company is expected to move in the end of the second quarter.

Deal Commentary: Intel, a technology company headquartered in Santa Clara, California, that specializes in making computer processors, signed a new lease in a newly delivered building on South 40th Street in the Chandler submarket. The space will be over 140,000 square feet, and Intel is expected move in by May 2022.

Deal Commentary: Electric vehicle maker Lucid Motors signed a five-year lease for its new, more than 116,000-square-foot space. Lucid will be moving into the W 21st Street building in Tempe and moved in March 2022.

Power Broker Quarterly Deals
CoStar has introduced a new market-based program recognizing the top sale and lease deals completed each quarter. All deals that closed during the previous quarter are evaluated by CoStar’s research team, the largest professional research organization in commercial real estate. The selected top deals and the real estate firms and individual brokers involved in each transaction will be singled out for recognition each quarter. For the purpose of recognizing the top property sales each quarter, CoStar uses estimated sale prices in cases where the actual sale price is not disclosed. The estimate uses sale prices of similar properties in CoStar’s property sales database based on the type, age, general size and location as the subject property. All the winners can be found here.
Market Insights Building Better Leases Inside Irvine The Logistics of Leasing Market Reports Featured Properties Solution Process Videos Success Stories