After opening 2017 with healthy absorption, the office market leveled off in the 2nd Quarter as demand for space struggled to keep up with newly completed buildings being added to the Class A inventory. New data shows that net absorption in all office buildings for four quarters ending June 30, 2017 totaled 530,276 square feet; the lowest net absorption figure of any four consecutive quarters since 2010. Moreover, after the vacancy rate steadily declined from 17% through the post-recession period, the vacancy rate has remained between 10.2% – 11% for the last nine quarters. 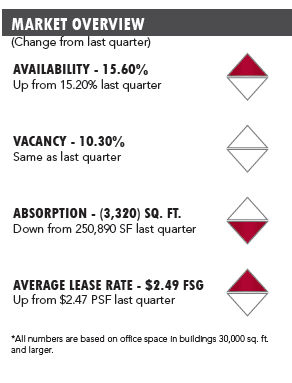 Much of the reason for weak demand is recent softness in the 42.6 million square foot Airport Area submarket, which is 38% of the total office inventory in Orange County. In the last six quarters, 872,351 square feet of space became available, increasing the vacancy rate to 11.5%. 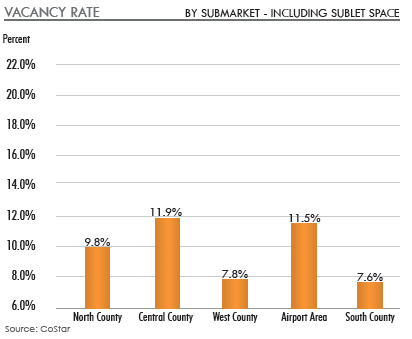 Investors remained enthusiastic about office assets as buildings are trading for increasingly higher prices. A 43,247 square feet building in Corporate Park was recently listed for $375/SF by owners who paid $237/SF three years ago. Last fall, an investor paid roughly $260 million, or $440/SF, for the five-building Google complex on MacArthur Boulevard in Newport Beach. Two towers opposite the Google reportedly are being acquired by Goldman Sachs for $475/SF, a 50% increase over their sale price in 2014. 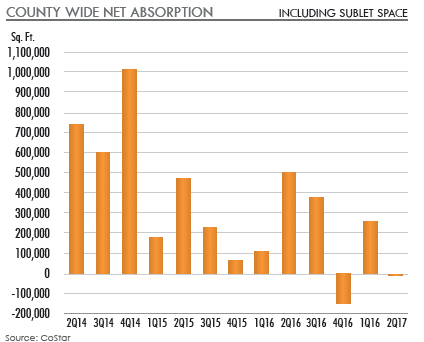 Rents continued to rise, but at a dramatically slower rate. Between July 2014 and June 2016 asking rents jumped 16.4%, but in the last four quarters rent growth averaged 3.3%. The Central County submarket posted its fifth straight quarterly absorption gain and is up 415,839 square feet for the first half of 2017. The 2nd Quarter vacancy rate fell to 11.9% in the 22 million square feet submarket that includes the Civic Center in Santa Ana and Angel Stadium in Anaheim, where investors reportedly paid $77 million for a 12-story office tower that last traded in 2014 for $60 million.